All our speakers can be considered keynote speakers. No fillers. No promo talks. Just world-class expertise combined with Cannes Lions jury experience. The speakers will share their understanding of emerging trends and smartest thinking in brand communication, and provide you with recommendations for your work. Each talk is scheduled as 35 minutes presentation and 15 minutes Q&A. It is totally worth to come and have a conversation with them about what is the most important for you – how to make your brand communication more successful. 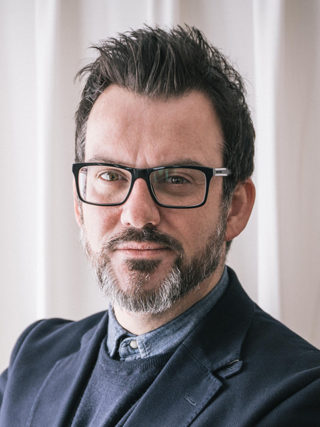 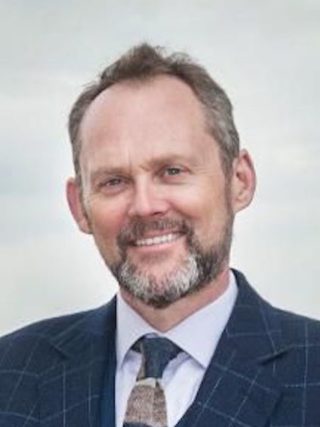 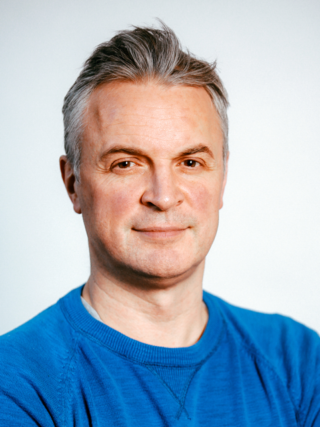 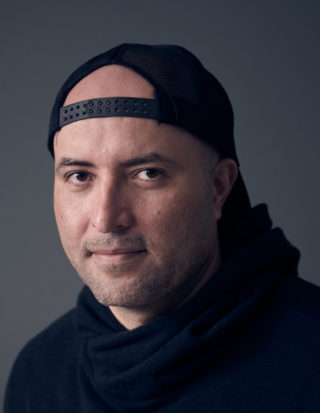 Global Chief Creative Officer, Oliver
Social & Influencers jury
He’s one of the most award-winning leaders in the marketing world.

Philip Thomas is Chief Executive Officer and President of Ascential Events, the parent company of Cannes Lions International Festival of Creativity and its associated events for the creative communications industry and Money20/20, the largest global events for Payments, FinTech and Financial Services.
He began his career as a journalist, working on national and international magazines and newspapers, and editing Empire, the UK’s biggest-selling movie magazine, before moving into publishing and becoming Managing Director of FHM worldwide, launching the iconic men’s magazine in more than 30 countries.
He was appointed Managing Director of Emap’s Australian and South East Asian division, based in Sydney for three years, before returning to the UK, and in November 2006 was appointed Chief Executive Officer of Lions Festivals. Philip began his current role when Ascential Events was established in August 2016. He remained CEO of Cannes Lions until 2018 when he assumed the role of Chairman.

Jakub Hodboď will have an onstage interview with Philip Thomas.

Nicky was the first creative woman to become chair of a UK marketing agency, that being multi award-winning MRM//McCann in London. Creatively recognized across nearly all the major shows, Nicky thinks she’s probably worked across every media and sector – but direct and digital are where her heart lies. She’s been writing professionally for 30 years and despite running a huge operation, she also keeps her hand in writing and ideating as often as she can. She is a fierce champion of the customer and believes insight is all. She is also hugely passionate about effectiveness – it’s only great work if it works.

Nicky says that the campaign of her career is the one we’re all living right now, the campaign for equality. Nicky has been featured in the Financial Times HERoes list for the last two years.

Daniel was appointed to lead the creative capabilities of Wunderman Thompson worldwide in 2019, responsible for helping our clients gain a competitive advantage through brand experience with the innovative application of creativity, data and technology.

Prior to joining Wunderman in 2018 , Daniel spent 6 years at Razorfish as Chief Creative Officer after 14 years as a creative leader at AKQA.

As well as working with clients, Daniel has produced best practice workshops for the Design Museum, London in their education program. He has also served as judge and
chairperson for the leading UK, European and global creative award initiatives in advertising, effectiveness, innovation and design and in 2019 Daniel sit as a jury president at the prestigious Cannes Lions Festival of Creativity and Innovation.

Daniel is one of the worlds most awarded creative directors and is regularly recognised for his contribution to both creativity and innovation.

Among these accolades Daniel has been named the No.1 Digital Creative Director in the UK by Campaign, being invited as a Fellow into the Royal Society of Arts for his contribution to digital advertising and in 2016 he was named ‘Influencer of the Year’ by the global creative industry network, Creativepool.

Daniel graduated from Edinburgh College of Art. When not at work, he can usually be found cycling around Berkshire, where he lives with his wife and two sons.

David became Chief Data Officer at MEC in 2014, now Wavemaker (formed by the merger of MEC and Maxus in 2017). David is responsible for building the agency’s data expertise and supporting client growth. Under his leadership, his 180 strong team have won numerous awards for data and research and have created bespoke tools that are now used globally across Wavemaker.
David’s media industry career began over 30 years ago in planning and buying before he moved into account leadership and strategy, before becoming head of analytics and insight. During his career he has worked across almost every advertiser category, including financial services, media and technology, FMCG, retail, B2B, charity, public sector and entertainment.
David was part of the original team working on the IPA Touchpoints survey and has co-authored an IPA best practice guide on Evaluating Communications Effectiveness. He has been awarded with an IPA Fellowship in recognition of his exceptional and prolonged contribution to the IPA.

Rod is a Brazilian born and British naturalised creative obsessed with culture, storytelling and technology. He’s one of the most award-winning leaders in the marketing world. His work has been recognised by every major industry award including been consecutively named amongst the Top 20 Creative Directors in the UK and Brazil.

Over the last two decades, he helped to build some of the world’s most creative agencies while creating culture-defining ideas for brands like Beats, Nike, Google, Heineken, Audi and Unilever, to name a few.
He started his career at the age of 15 as a skateboarder and art director in São Paulo. The same city where he eventually founded his agency, Loo/SP, which went to become one of the most creative agencies in his country between 2004/05.

Rod left Brazil in 2005 spending most of his career between the UK, Holland and the USA. He helped to build AKQA’s creative reputation with his body of work earning the agency its first Cannes Titanium Lion, Yellow pencils and six other Grands Prix.

In 2010, he partnered with The Mill and founded their creative shop which was nominated BIMA’s 2012 Agency Of The Year after only two years of operation.

Rod was named R/GA London’s vice-president ECD in 2013. Under his leadership and vision, the agency had its creative golden era – tripling in size and winning over 200 creative awards internationally, including numerous Grands Prix, Cannes Lions, D&AD Pencils, Clios and consecutive Agency Of The Year titles.

His work for Beats by Dr Dre attracted international press attention and was pivotal on building the brand’s voice, including making some of the most famous sports ads in the last decade. His partnership with the brand was named the ‘World’s Most Creative Partnership’ by Campaign in 2016, and his work was at the centre of Beats acquisition by Apple for 3 billion dollars.

In 2019 Rod was appointed to lead Oliver’s creative vision and capabilities worldwide as its first Global Chief Creative Officer.

Mark has worked in communication planning for the past 21 years initially at a local market level in the UK and for the past 7 years at a regional and global capacity. Within the UK he was responsible for strategy and planning for Ford Motor Company account as well as the Unilever business. Mark has also worked as the group communications planning director on P&G EMEA as well more recently heading up the strategy for Vodafone globally and Disney at an EMEA level.
As CSO for OMD, he is responsible for overseeing the strategy and marketing intelligence delivery across the region. Most recently this has involved the development and roll-out of the agency’s bespoke planning approach OMD Design. He lives in London with his wife Amy and seven-year-old twins Herbie and Lilya.

Clare started her career in strategy in 1997.
Since that time, her focus and passion has been campaigns that drive behaviour change.
From developing strategies to help people to quit smoking, and stop speeding through to recruiting teachers. Clare has also applied her behavior change thinking to the commercial sector for clients like BSkyB, Pepsi, innocent, and The Economist.
Across her career, she has worked for DFGW, AMV BBDO, WCRS/Engine, 101 and as a client at BSkyB.
She currently heads up strategy at Havas London and sits on the board, and is proud to have been a judge at Cannes for Creative Effectiveness in 2019.
Clare has also been heavily awarded in her career, and in addition to working on accounts that have delivered creatively and won Lions, Pencils and Arrows she has also been awarded for her strategic thinking with a Gold and Silver IPAs and Gold and Silver APGs and several Marketing Society awards.
She lives in Surrey, England with her husband and two children and dog. She loves growing vegetables and flowers, foraging for mushrooms and fostering her daughters’ belief in fairies!.

Jakub oversees the integration of social strategy for key clients at Social.Lab worldwide. He’s also responsible for the strategic leadership at Ogilvy Czech. His specialty are dynamic strategies that can serve to overcome the gap between creativity and media. Combining Social.Lab’s state of art approach to content amplification with the creative powers of Ogilvy, he shaped the transformation of Ogilvy in the USA as well as in Belgium since 2015. As a result of his Strategy leadership, Ogilvy Social.Lab became the most awarded agency at 2018 Euro Effies, including the Grand Prix award.